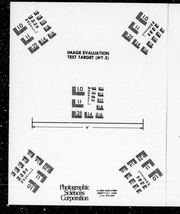 Interglacial fossils from the Don Valley, Toronto by A. P. Coleman

The Don Valley Brickyard in Toronto is an internationally designated type site in recognition of diverse faunal remains in the Don Beds of last (Sangamonian) interglacial age; pollen in overlying strata record the climatic deterioration marking the onset of the last (Wisconsinan) glacial cycle. I), first described by Maury (), bears affinities to interglacial beds in the Don Valley near Toronto (Kerr-Lawson et al. ). McAndrews (in Bloom ) identified a pine-spruce. It has yielded a diverse fossil flora and fauna indicating a climate as warm as or warmer than present and is considered to be of last, or Sangamonian, interglacial age. About 2 t of sediment were processed from the type section of the Don Formation at Toronto, Ontario, and yielded approximately 18 identifiable mollusc shells, representing. into Toronto’s past environments, revealing a fossil-rich interglacial period that occurred between successive ice ages (see Figure 1 on reverse). The discovery of this period, now known as the Don Formation (, years ago), made the Don Valley world-famous. A. .